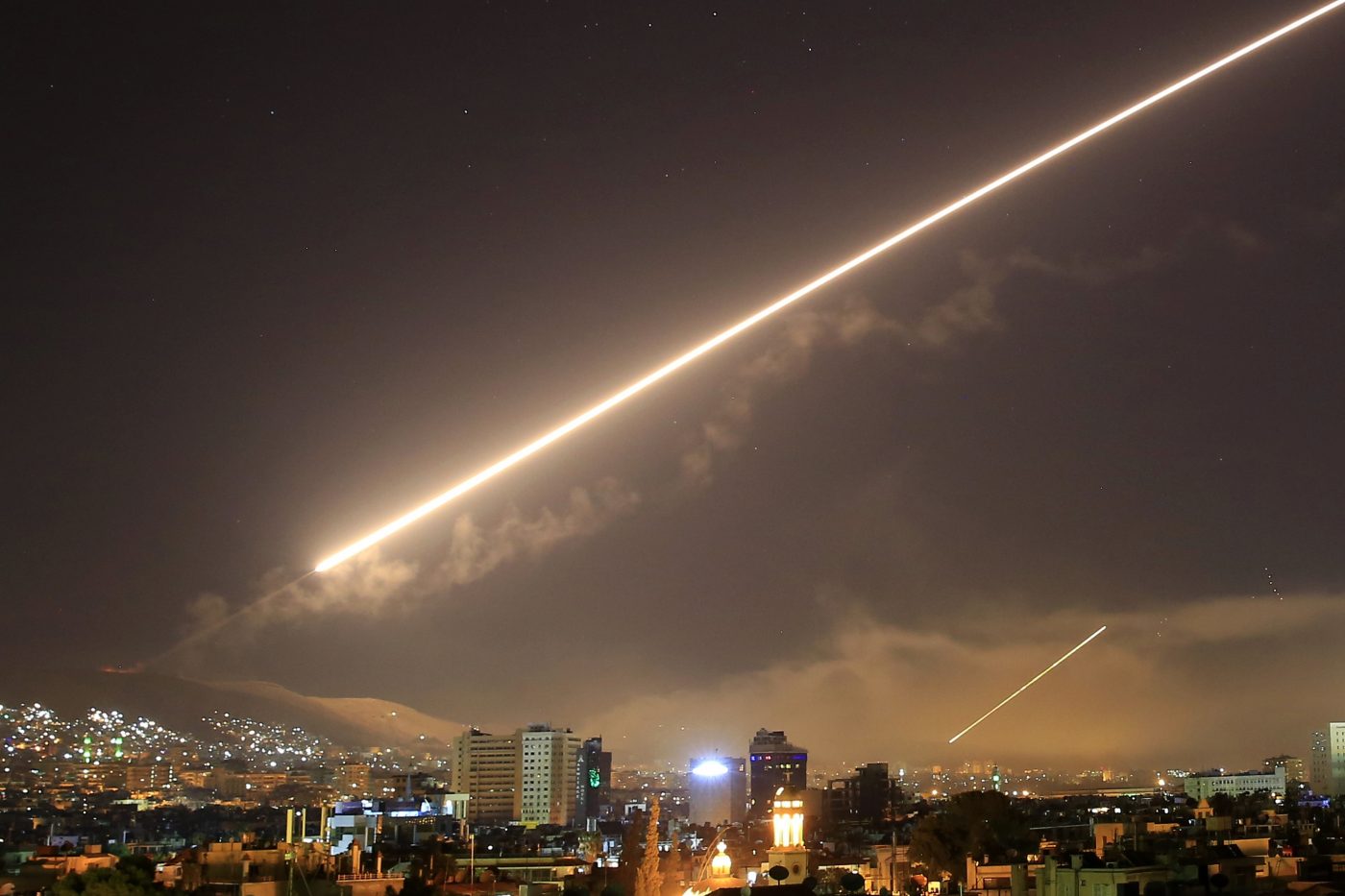 On Monday night, 11 people were killed in alleged Israeli airstrikes close to Damascus, according to the Syrian Observatory for Human Rights (SOHR).

Syrian air defenses intercepted missiles over the southern region of the country on Monday close to Damascus, state TV cited a Syrian military source as saying. The source accused Israel of being behind the attacks.

The strikes reportedly killed 7 Iranian-backed militants of non-Syrian nationalities and 3 Syrian soldiers, according to SOHR. A civilian woman was also killed by shrapnel in the strikes.

The state news agency SANA, cited a military source as saying that only 2 people were killed, and 7 were injured. The agency said a civilian woman had been killed and her husband injured in the blast. It wasn’t immediately clear if she was among the 2 deaths initially reported by the military source, which had said that 7 soldiers were wounded.

While Syrian officials accuse Israel of being behind the attack, the IDF hasn’t confirmed this. IDF Spokesperson Hidai Zilberman told KAN Reshet Bet radio on Tuesday that “the IDF is working to secure strategic objectives with a series of operations, especially in the northern sector.”

Israel has consistently attacked Iranian targets in Syria and those of allied militias, including Lebanon’s Hezbollah.

Earlier in August, the IDF carried out airstrikes against targets belonging to the Syrian military in southern Syria, in the southwestern region of Damascus and also in Quneitra in response to an attempted terrorist attack that was thwarted along the Syrian border the night before.

“The IDF sees the Syrian regime as responsible for all operations carried out in its territory and will continue to act with determination against all attacks on the sovereignty of the State of Israel,” the IDF stated following the incident at the time.

During the thwarted attack, the army said that during an investigation of the scene, some 25 meters from the perimeter fence inside Israeli territory, weapons and a bag containing a number of explosive devices were found.

“Special forces that were carrying out an ambush near an IDF post in the southern Golan Heights spotted a cell with a number of terrorists planting explosive devices along the border. An IDF force and an aircraft opened fire together on the four-member cell and hit them,” the IDF stated.

Israel has destroyed 1/3 of Syrian air defenses in the past two years, and close to a thousand surface-to-air missiles have been launched towards Israel Air Force jets during missions for its ‘war-between-wars’ campaign targeting Iranian infrastructure in the war-torn country.

Since 2013, Israel has been carrying out its war-between-wars campaign against Iran striking thousands of targets in Syria, and based on the foreign reports in neighboring Iraq, in order to prevent the smuggling of advanced weaponry to Hezbollah in Lebanon and the entrenchment of its forces in Syria where they could easily act against Israel.

The strikes over the previous year have been targeting Iranian infrastructure and its presence on the ground, in order to prevent Iran from embedding itself in Syria and compromising Israel’s freedom of operation.