Be a part of Israel Now
Join Israel Now's social community and subscription list.
Join our social community
Join  18K+
Join our newsletter
By signing up you are agreeing to our Privacy Policy and Terms of Service
Israel Now News
Previous Article Next Article
Iranian commander working to suppress protests gunned down outside home 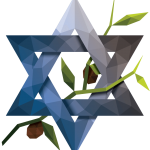 An Iranian commander and associate of the late General Qassem Soleimani was gunned down outside his home in the Khuzestan Province of Iran on Wednesday.

The Iranian state media said the gunmen were armed with assault rifle and hunting rifle. Investigation continues for Mojadammi’s killing.

Basij Force is a paramilitary wing of the IRGC used to suppress civilian protests, characterized by brutal and deadly crackdowns of demonstrations in the Islamic Republic.

Mojaddami’s killing is seen as another blow to the IRGC and Islamic regime, indicating that the leadership could no longer contain widespread discontent among the Iranian public.

20.2K article views
Sources
jpost.com  -  Iranian commander gunned down in front of his own home timesofisrael.com  -  Masked gunmen kill local commander of Iran’s security forces
Get our news on Facebook
GET HEARD!
18,000+ Members
Join Our Community