Be a part of Israel Now
Join Israel Now's social community and subscription list.
Join our social community
Join  18K+
Join our newsletter
By signing up you are agreeing to our Privacy Policy and Terms of Service
Israel Now News
Previous Article Next Article
Report: Members Of Racist Extremist Groups Are Encouraging One Another To Spread Coronavirus To Cops, Jews 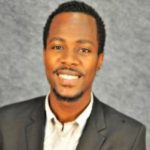 In a report, the FBI’s New York office warns that members of racist extremist groups, including neo-Nazis and other white-supremacists, want those who have contracted the novel coronavirus to spread it to the police and the Jewish community, inciting violence on innocent people.

ABC News got ahold of the alert.

For weeks there has been chatter on the internet by white-supremacists who blame Jews and Jewish leaders for both the coronavirus and the global response, and more, per the news agency. And organizations who monitor white-supremacist messaging are keeping tabs on it all.

Michael Masters, the head of Secure Communities Network, an umbrella group that coordinates security for Jewish organizations and synagogues around the country, spoke out against the encouragement of intentionally harming cops and the Jewish community with the disease from these groups, saying that he and his network are aware of this:

“From pushing the idea that Jews created the coronavirus virus to sell vaccines to encouraging infected followers to try to spread the illness to the Jewish community and law enforcement, as the coronavirus has spread, we have observed how white-supremacists, neo-Nazis and others have used this to drive their own conspiracy theories, spread disinformation and incite violence on their online platforms.”

Masters continued, “While the world faces a deadly pandemic, it’s a stark reminder that certain groups – notably the Jewish community and law enforcement – must also continue the battle against those who wish to hurt or kill them. As the economic situation remains fragile and civil society disrupted, the potential for the followers of hate to act becomes more likely … and more deadly.”

According to ABC News, spray bottles to spread bodily fluids will most likely be used by extremists to try to infect law enforcement officers on duty. In addition, these people are also targeting Jews at “any place they may be congregated, to include markets, political offices, businesses and places of worship.”

The FBI released the following statement:

“FBI field offices routinely share information with their local law enforcement partners to assist in protecting the communities they serve. These products are intended to be informative in nature, and as such, they contain appropriate caveats to describe the confidence in the sourcing of information and the likelihood of the assessment. Additionally, when written at a local level, these products will note that the perspective offered may be limited to the field office’s area of responsibility.”

Don Mihalek, the executive vice president of the Federal Law Enforcement Officers Association Foundation and an ABC News contributor, had commented on the matter, asserting that “Anti-government folks in America love to target law enforcement as a symbol of America’s authority.”

He added, “It’s just sad that that’s their focus at a time of crisis in the nation.”