Breaking NewsWorldChina
By Michael Peres
May 12, 2020 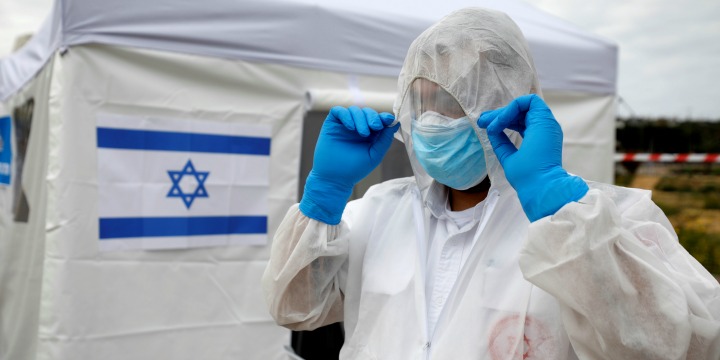 The World Health Organization officially declared coronavirus a global pandemic this Wednesday. This is the second pandemic this Millenium, since the pig flu outbreak in 2009. The definition of ‘pandemic’, according to WHO, is actually regarded as a “worldwide spread of a new disease.”

“When we say pandemic we mean it’s gone all around the world. Clearly we hit that a while ago,” states CBS Medical Contributor Dr. David Agus. As of today, there are more than 120,000 reported and confirmed coronavirus cases from at least 114 countries across the world.

“It is a term that raises the alarms,” Agus states, strongly emphasizing the seriousness of the situation. “In many respects, I want people on edge… but this definition probably should have happened weeks ago.”

WHO Director Tedros Adhanom Ghebreyesus assures that the WHO does not use the word ‘pandemic’ “lightly or carelessly.” The director announced the dire news at a press conference this Wednesday.

“It’s a word that if misused can cause unreasonable fear or unjustified acceptance that the fight is over, leading to unnecessary suffering and death,” Ghebreyesus says.

As of now, over 4,000 people have succumbed to the novel virus. Thousands are still fighting this new strain, and many casualties include the elderly and those with respiratory problems.

The reason behind the prolonged decision to declare the virus a full-blown pandemic is of public nature. It’s because the WHO struggled with media controversy regarding their premature use of the word during the 2009 H1N1 flu outbreak. As Agus recalls the incident, the WHO hastily declared the H1N1 as a pandemic, only to have the virus fade away.

According to him, the SARS and MERS outbreaks were not designated as pandemics at that time. The WHO is ensuring not to make that same mistake again with the novel coronavirus. “In the days and weeks ahead we expect to see the number of cases, the number of deaths, and the number of affected countries climb even higher,” Agus reported at the conference.

“We cannot say this loudly enough, or clearly enough, or often enough: All countries can still change the course of this pandemic.”

By this Wednesday, more than 90% of coronavirus cases are reported and confirmed in four countries, including China, Italy, and South Korea. China has “significantly declining epidemics,” reports the WHO. More than 56 countries have 10 coronavirus cases on their hands, and they hope to take heavy precautions on quarantine measures and state sanctions.

The WHO director urged countries and metropolitan cities to “detect, test, treat, isolate, trace, and mobilize their people in response.”

“Those with a handful of cases can prevent those cases from becoming clusters, and those clusters becoming community transmission,” Argus states. He’s warning that even though the symptoms and pathogen aren’t harmful enough in contrast to the other historical diseases, the virulence and transmission of this novel coronavirus is.

Previous articleM.I.T. Innovations: Feasible Coronavirus Test with CRISPR!
Next articleIsrael’s Super Disinfectant that can eliminate viruses and bacteria 100% — even the Novel Coronavirus!