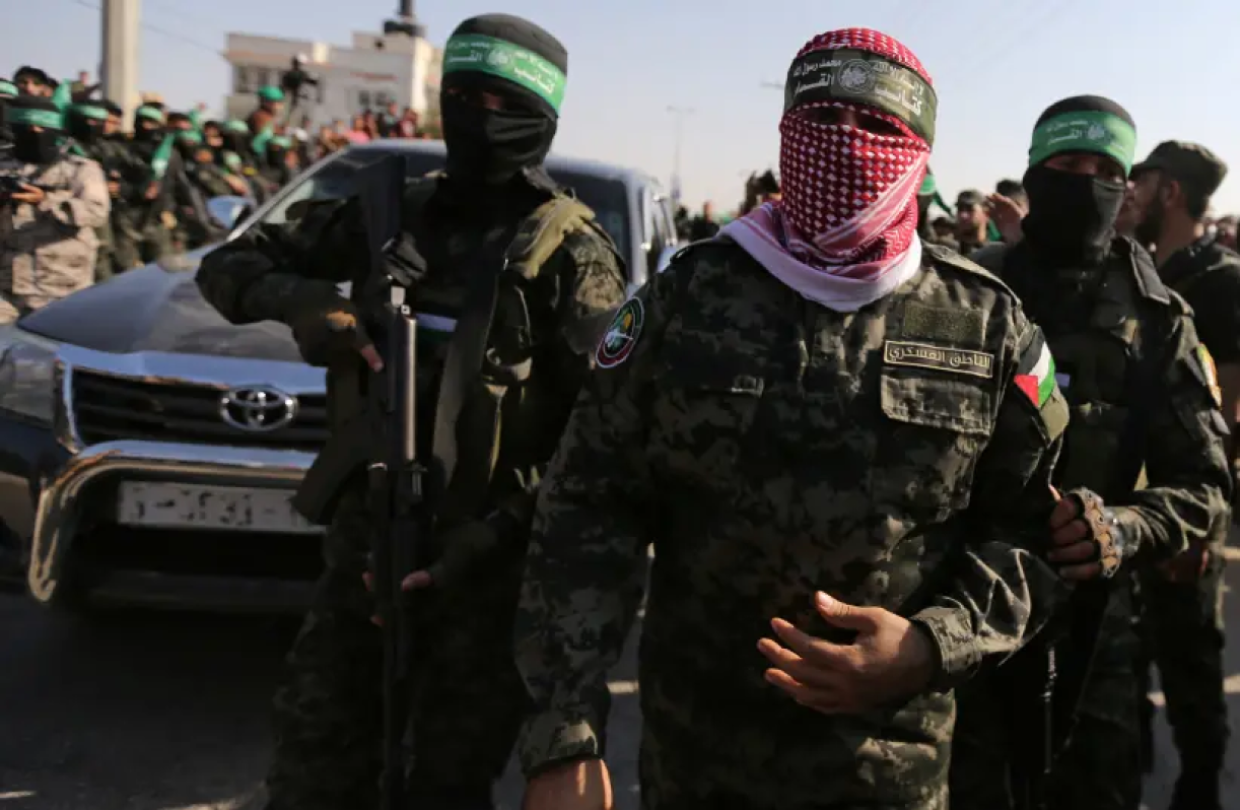 Hamas members were hosted in Beirut recently by members of the Palestinian Islamic Jihad (PIJ) in a meeting of arch-terrorist masterminds that included a meal at what appeared to be a nice restaurant or villa. Hamas leader Ismail Haniyeh is on a regional tour after being given red-carpet treatment in Ankara by Turkey’s President Recep Tayyip Erdogan.

It appears that Hamas is seeking to gain more notoriety after the UAE and Israel announced normalization. Haniyeh is also trying to present himself as a regional leader. Al Arabiya television news reported that he and the Hamas delegation also are meeting with Hezbollah officials. The meeting in Beirut came after other meetings Hamas held with Lebanese officials. Beirut Port suffered a massive explosion in August that killed more than 150 people.

Despite Lebanon being in mourning and financial distress, Hamas and Islamic Jihad appeared to toast their success. PIJ has been confronting Israel over the last two years after Hamas launched its “March of Return” in 2018.

The secretary-general of Islamic Jihad, Ziyad al-Nakhalah, is intensely interested in the meetings because they’re supposed to be the lead-up to a video conference with Palestinian groups in the West Bank.

Furthermore, Hamas met in Beirut with the Democratic Front for the Liberation of Palestine, as well as with Lebanese Parliament Speaker Nabih Berri and Lebanese government caretaker head Hassan Diab. He complained about Lebanon’s treatment of Palestinian refugees and discussed Israel’s threats to “annex” areas in the West Bank.

Gaza-based Islamic Jihad member Mohammed al-Hindi also participated in meetings, although it was not clear if he was present or by video conference, according to Iranian media and Hezbollah media, which both followed the discussions. Osmana Hamdan, a senior Hamas member, indicated that the meetings might include Hezbollah leader Hassan Nasrallah.

It’s the first high-level Hamas visit of this kind in seventeen years. Hezbollah’s Hassan Huballah was photographed with Haniyeh. At least 12 men participated in the high-level meetings with Islamic Jihad on Wednesday.

Palestinian Islamic Jihad is widely considered a proxy of Iran. It’s one of the smaller Palestinian factions but has networks in Gaza, Syria, the West Bank and Lebanon and has been active in missile development and increasing the threats from Gaza over the last several years.

Additionally, Iran has been active in trying to recruit Palestinians over the years, including an attempt to infiltrate and work more closely with the Popular Front for the Liberation of Palestine.

This included attempts by Iran to work through PFLP activists in Lebanon, such as in the Beddawi refugee camp.

The Hamas meetings in Lebanon appear to be part of a wider move, backed by Turkey, to increase Hamas’s relevance in the region by making it seem like Haniyeh is a head of a government traveling from country to country.
Last December, the terrorist group made a similar tour of countries, including Qatar and Turkey among others.