One of Iran’s top nuclear scientist was killed in an assassination on Friday, as indicated by Iranian authorities.

Iran Defense Minister Gen. Amir Hatami said that Mohsen Fakhrizadeh, a deputy defense minister and the lead of the Iranian army’s research and defense innovation, was murdered outside of Tehran as a “target of a terrorist operation.” “From the outset, the vehicle conveying him was taken shots at, and around 15 seconds after that, a Nissan pick-up truck that was stacked with explosives blasted around 15 to 20 meters from his vehicle,” Hatami said. “He was seriously harmed and taken to a hospital just as two other people who were with him.”

While nobody has guaranteed responsibility regarding the execution, the episode has drawn out a full reaction from Iran’s high-ranking representatives, including the nation’s foreign minister, Mohammad Javad Zarif, who blamed Israel. 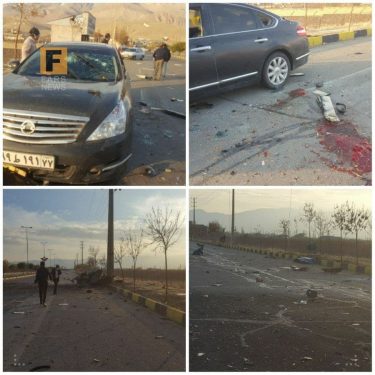 Iran blames Israel for complicity in the slaughtering of four Iranian nuclear scientists somewhere in the range of 2010 and 2012, however, it was never affirmed. Israeli Prime Minister Benjamin Netanyahu referenced Fakhrizadeh by name during a 2018 presentation about Iran’s nuclear program, during which he affirmed there was material stolen by Israel from an Iranian nuclear archive.

“A critical part of the plan was to form new organizations to proceed with the work,” Netanyahu affirmed at that point. “This is the way Dr. Mohsen Fakhrizadeh, head of Project Amad, put it. Remember that name – ‘Fakhrizadeh.'”

Fakhrizaseh was 59 years of age. He had been added to the U.S. sanctions list against Iran in 2008, and additional sanctions were set on his research organization a year ago. He used to teach nuclear physics at the Imam Hossein University, a military college in Tehran.