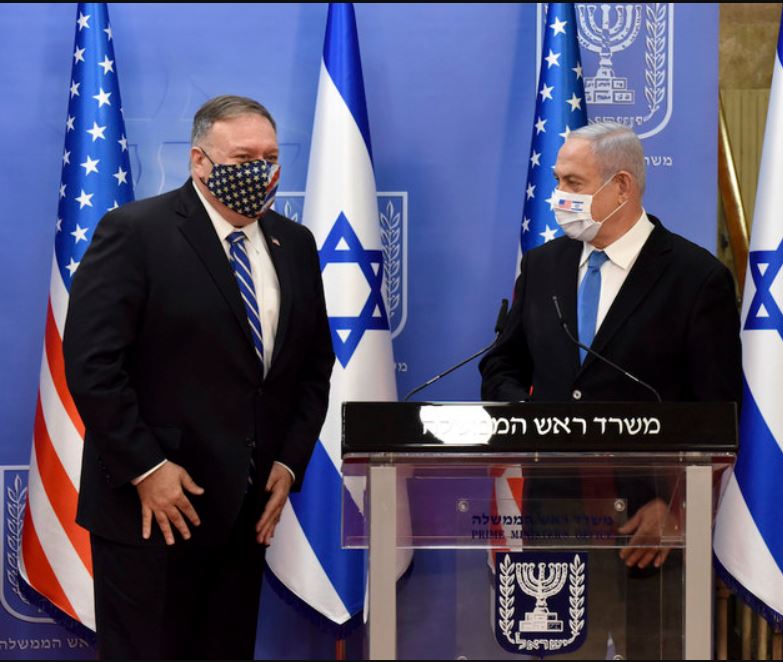 US Secretary of State Mike Pompeo is slated to visit several Gulf Arab states, Sudan and Israel, as part of the Trump administration’s plan to push for an Arab-Israeli peace treaty.

On Tuesday, he was in Israel instead of his previous speaking engagement at the Republican National Convention, where Trump should be nominated for a second term. US Secretary of State Mike Pompeo went on to Sudan from Israel, where he is slated to arrive for his regional tour. This was the first official direct flight from Tel Aviv to Khartoum.

Pompeo is scheduled to meet Sudanese Prime Minister Adballa Hamdok in Khartoum. Sudan wants to be removed from the US list of state sponsors of terrorism, so that they can normalize their ties with Israel.

Their removal from the list does depend on completing a compensation agreement for the victims of the 1998 bombings of the US embassies in Kenya and Tanzania. The deal started months ago, but is still awaiting completion.

There are no diplomatic relations between Israel and Sudan, which was why after declining a last minute route change, the flight Secretary Pompeo was on would be the first non-stop flight ever according to US officials.

To speed up the progress in the region, they expect the US Secretary of State to be followed to the same destinations by Jared Kushner, Trump’s senior adviser and son-in-law.

There were regular commercial flights from Israel to Egypt, located to the North of Sudan, which signed a peace treaty in 1979. The trip which included Bahrain and the UAE, comes considering the announcement made on August 13 of a US brokered normalization of relations between the UAE and Israel.

It was a key foreign policy victory for Trump as he is seeking re-election for a second term, and it reflects changes in the Middle East where there are concerns about Iran overtaking Arab support for the Palestinians.

Both Mike Pompeo and the Israeli Prime Minister Benjamin Netanyahu expressed their hopes that other Arab neighbors would follow. This deal is not exactly a peace deal as there were never any war between the two states. Although Israel is at war with Sudan, who supported extreme Islamist forces for years but is now turning back on the era of strongman Omar al-Bashir who was ousted last year.

People are not expecting Pompeo’s nor Kushner’s trip to produce results similar to the agreement between Israel and the UAE, but more of building up to similar events. There are hopes that they can meet one other agreement during Pompeo’s tour.