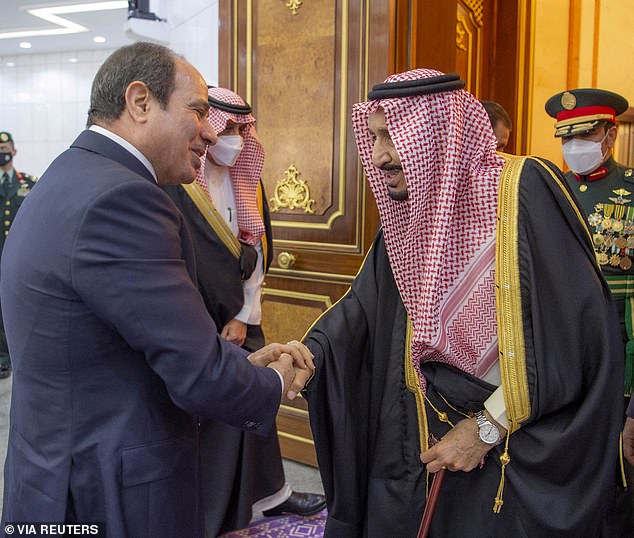 President Biden’s representatives are holding secret talks with Saudi Arabia, Egypt and Israel in a bid to normalize relations between Saudi and Israel, according to a report.

Parties are now looking for a way to resolve the issue of the Tiran and Sanafir islands in the Gulf of Aqaba, which straddle Egypt and Saudi Arabia, yet govern entry into Israel’s port city of Eilat.

It would be the most important Middle East deal since Trump negotiated the Abraham Accords in 2020 between Bahrain, Morocco and the United Arab Emirates.

During the Trump administration, Saudi Arabia presented support for the Abraham Accords, which resulted in peace and normalization agreements between Israel, United Arab Emirates, Bahrain and Morocco.

Saudi Arabia, however, made it clear that it would not join the Abraham Accords as long as there was no significant progress in the peace process between Israel and Palestine.

Sources told Axios the agreement is not complete and the sensitive negotiations are ongoing. White House officials hope an agreement can be reached before Biden’s upcoming trip to the Middle East next month, which is expected to include a stop in Saudi Arabia, according to sources. In addition to Biden, king Salman and officials from the United Arab Emirates, Bahrain, Oman, Kuwait, Qatar, Egypt, Jordan and Iraq will attend the summit in Saudi Arabia, officials said.

An agreement between Israel and Saudi Arabia, which do not yet have official diplomatic relations, could build trust and allow for warmer relations, according to sources as reported by Axios.

Brett McGurk, the White House Middle East coordinator, has been leading the current round of talks, Axios reported.

The site reported that the multinational force on the islands is proving to be a sticking point.

In the meantime, Saudi Arabia has agreed to maintain full freedom of navigation for all ships and keep the islands demilitarized.

Israeli officials said that could be considered, but only if there were alternative security arrangements that would guarantee the same protection.