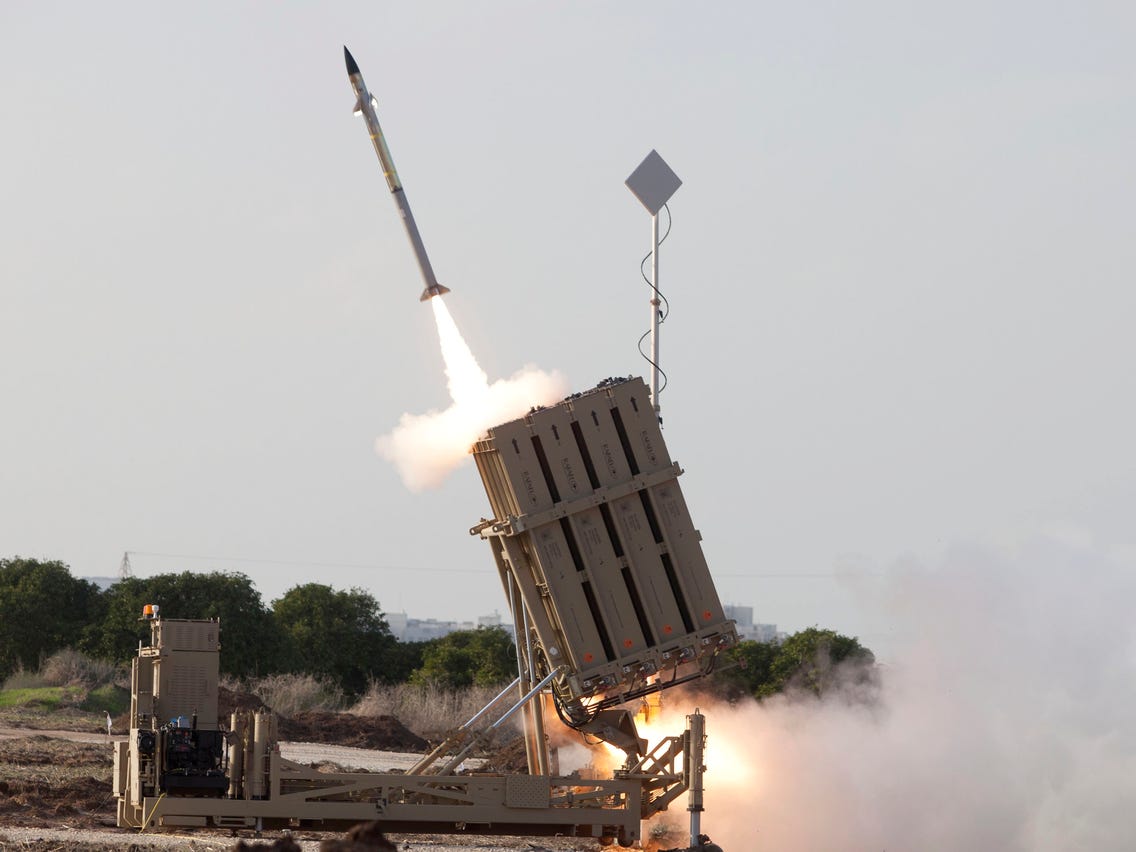 On Tuesday, Israel’s “Iron Dome” successfully intercepted multiple threats in what the Defense Ministry described as a “technological leap”.

The Dome displayed its new capabilities in a series of tests by the Rafael Advanced Defense Systems. In a statement, Defense Minister Benny Gantz proudly shared its technological success, “The Israeli technological superiority provided by the Iron Dome and the multilayer defense system is a cornerstone of our defense system and Israel’s security. It is critical for the security of our country in the face of changing and diverse threats from our enemies.”

According to the Defense Ministry, the Dome is capable of dealing with complex scenarios such as shooting down threats while at the same time intercepting missile salvoes, rockets, and unmanned aerial vehicles.  The Dome also uses a radar system that was developed with the help of the Israel Aerospace Industries (IAI) which provides an accurate description of where an incoming missile is going to land.

The Iron Dome’s new capabilities are a significant upgrade compared to when it was initially launched 10 years ago. Defense Ministry official Moshe Pattal shared, “today we are completing a qualitative technological leap in the system’s abilities.” Pattal added that the Iron Dome is capable of tackling “next-generation threats.”

The Defense Ministry announced that the Iron Dome will be integrated into the country’s multi-tiered defense system and will be installed on the Navy’s new Sa’ar-6 corvettes. The vessels will be deployed on Israel’s coast to guard its natural gas platforms as well as to protect its shipping lanes.

Currently, the Iron Dome is assigned as the country’s first line of missile defense. In addition, the IDF also employed a middle-tier defense using the David Sling System which is capable of shooting down medium-range projectiles. On the other hand, its most advanced tier includes the Arrow which is capable of intercepting ballistic missiles.

The new technological upgrade came after increasing tension in the region. According to a report from Haaretz, defense officials are concerned that the country might face multiple strikes, not just from Iran, but as well as nearby countries such as Syria and a possible attack against Hezbollah in Lebanon.

Yesterday, Israel Now reported that the Iranian-backed terrorist group is threatening to attack Israel with a bombardment of up to 2,000 missiles per day and had a total of 150,000 rockets and missiles on their arsenal. The militant group also built 28 missile sites across Beirut, in what IDF officials believed was a plan to use the city’s residents as human shields.

Cynthia Lorraine Silva
Cynthia's love of writing was instilled in her from birth. Writing has been so deeply embedded in her bones for as long as she can remember. To deny it, to deny the stories that she needs to tell, whether it's on people, or groundbreaking events, or the simplest of truths - to do so would be to betray her very nature. The opportunity to write and express her passion is what brings her fulfillment. Cynthia is currently working as a full-time Staff Writer at Peres Daily News and Israel Now News- to deliver truth and nothing but the truth.
Previous articleIsrael To Expect 2,000 Missiles A Day From Hezbollah
Next articlePalestine Receives 60,000 Doses of COVAX Vaccine